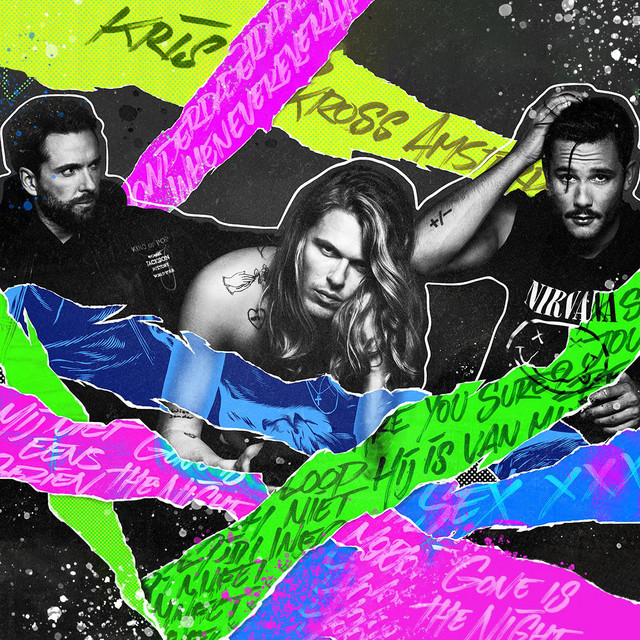 Kris Kross Amsterdam: the leading Dutch act on the international stage since 2011. What started out with two brothers, evolved into a powerful trio over the last few years, performing globally. In 2014, MC Yuki Kempees was added to the group. The trio’s first release in 2015, was called "Until The Morning", followed by “SEX”, an international mega hit with “Cheat Codes”, gaining 600 million+ streams; and "Are You Sure?", a huge collaboration with British popstar Conor Maynard & American hip-hop artist Ty Dolla $ign. A later release with Conor called “Whenever”, inspired by Shakira's “Whenever, Wherever", became the summer hit of 2018 with a massive 300 million+ streams on Spotify, attracting worldwide attention, namely the Billboard Dance Chart and Global Top 50 Chart on Spotify. In 2019, Kris Kross Amsterdam released “Hij Is Van Mij” with Bizzey, Maan & Tabitha, with which they scored a number 1 hit in the single top 100 and becoming the best-selling and most streamed single of 2019. The single was followed by the songs “Moment” with Kraantje Pappie & Tabitha; “Ik Sta Jou Beter” with Nielson; “Ooh Girl” with Conor & A Boogie Wit Da Hoodie and "Loop Niet Weg" with Tino Martin & Emma Heesters; and "Mij Niet Eens Gezien" with Lil Kleine & Yade Lauren and "Donderdag" with Bilal Wahib in 2020. In short, Kris Kross Amsterdam are releasing hit after hit with their catchy and recognisable sound, most recently releasing "Early In The Morning" with Shaggy.