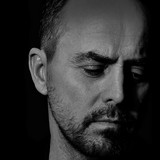 Micke Holm found music early in life but began his career in the public light with his participation in TV4's Talang 2019. With his strong voice, his sensitive expression and his acclaimed version of Sam Smths - Writings on the wall he took the Swedish people by storm and won the whole the competition! After the competition, he was able to invest wholeheartedly in his music career and has over the years been on the same stages as Eric Gadd, Shirley Clamp, Roger Pontare, Lisa Miskovsky and so on.. Since win in swedens got talent, he has released 3 double singles, and more songs and collaboration are to follow. 24/9 2021

the new single Scars (Hisound / Quality Recordings) is released, where the autobiographical text is about a love couple who are slipping apart. Instagram: Mickeholm72 His YouTube channel: https://youtube.com/channel/UC6x7xDTnn4JpOhd7o1C2BeQ