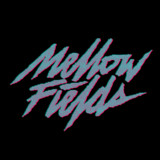 Toronto based producer Mellow Fields (aka Michael David) is back to haunt your dreams with “Gemini Rising” — a new track featuring Jenny Palacios available now.

From a sleepy suburb in the Greater Toronto Area to the airwaves, Mellow Fields is an indie Progressive House/Electro producer working from home during the pandemic. He’s adept at switching moods and developing the rhythms and sounds with a judicious ear and without a hint of self-indulgence. He’s always got a new surprise up his sleeve, and a new direction to keep things interesting and add replay appeal. Mellow Fields counts the greats of EDM among the influences in his work and you'll hear the same focus on insistent beats and a play of rising and falling tension as you’ll find in the work of Notaker and Deadmau5 among others. It’s Progressive House music with a nod to synthwave. It's a bit of a departure from some of Mellow Fields’ previous work, a refined and melodic sound in a direction that's headed less to the lounge than to the dance floor, and may find you humming along with the lyrics. He describes it as “the most authentic music” that he’s written since he started out as a music producer. “Gemini Rising” is sure to follow up on Mellow Fields’ previous successes. “Wage of Destruction”, the first track from his self-titled debut EP (2017) was licensed for use in a Nissan radio commercial, and got feature play on New Retro Wave and other high profile music and gaming streaming channels.