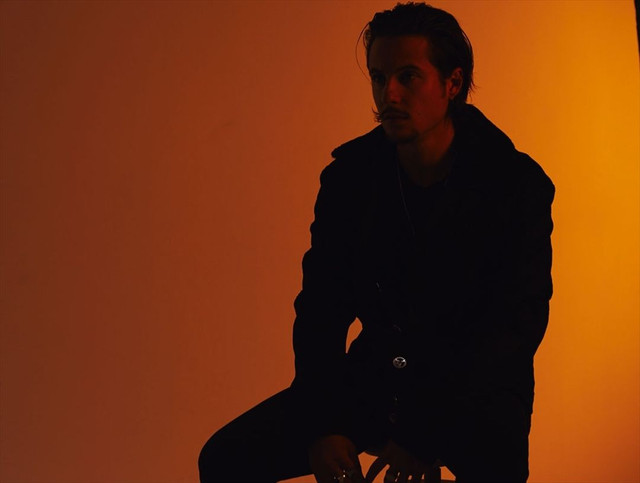 A member of hip-hop acts including S-Crew, 1995, and L'Entourage, Nekfeu is known for both political and personal subject matter. He became a chart-topping solo artist in his native France with his second album, 2016's Cyborg. A year later, he made his film acting debut in Tout Nous Sépare opposite the legendary Catherine Deneuve. Born Ken Samarás in La Trinité, Alpes-Maritimes, Nekfeu's status in the Paris rap scene rose as he participated in open-mike battles as a young teen. He eventually recorded his first album as part of the group S-Crew, which released Même Signature in 2010. Still a member of S-Crew, he also joined 1995, which issued La Source in 2011, and another one of his groups, 5 Majeur, put out a self-titled album the same year. All three projects released follow-ups: S-Crew's Métamorphose and 1995's La Suite both arrived in 2012, while 5 Majeur's Variations saw release in 2013. He continued to record with multiple groups; S-Crew delivered third album Seine Zoo, and 1995 issued Paris Sud Minute, both in 2013. Nekfeu formed yet another collaborative hip-hop act, L'Entourage, for the 2014 long-player Jeunes Entrepreneurs. Nekfeu released his first solo album, Feu, on Seine Zoo Records in 2015. It went to number three on the French album chart and number five in Switzerland on its way to winning a Victoire award for Urban Music Album of the Year. His second solo release, Cyborg, arrived in late 2016 and went all the way to number one in France. That year also brought a fourth S-Crew album, Destins Liés. In 2017, Nekfeu made his acting debut in the film Tout Nous Sépare (aka All That Divides Us), which co-starred Catherine Deneuve and Diane Kruger. The rapper's third album, Les Étoiles Vagabondes, coincided with the release of his directorial debut, a documentary of the same name. The album returned him to the number one spot in France. Later the same year, he was back in theaters, starring in the feature film L'Échappée. ~ Marcy Donelson, Rovi