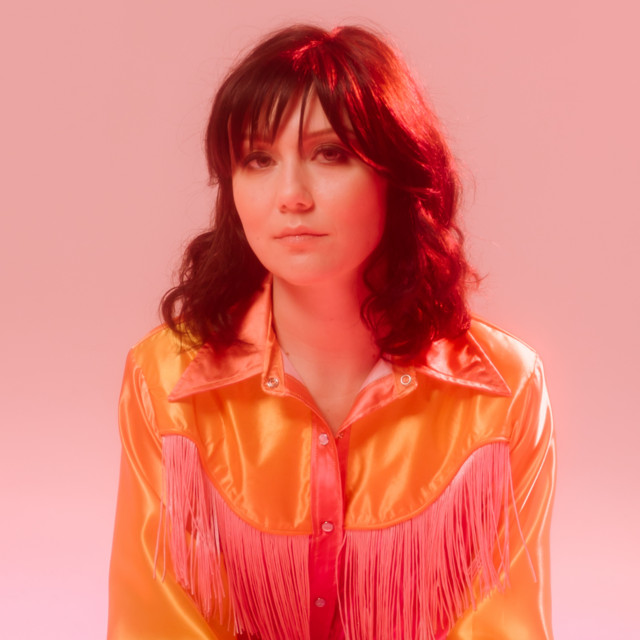 A gifted acoustic guitarist and banjo player who has also made a name for herself as a songwriter and vocalist, Molly Tuttle rose from playing in her father's bluegrass band to becoming one of the leading lights of modern folk, bluegrass, and Americana before she reached her mid-twenties. An in-demand collaborator with virtuosic flatpicking, clawhammer, and cross-picking guitar skills, she launched a solo career in 2017 with the release of the Rise EP. Tuttle's versatile first full-length effort, When You're Ready, followed in 2019. Molly Tuttle's father, Jack, was a well-respected bluegrass multi-instrumentalist and instructor who led a family band, the Tuttles, and encouraged his children to share his love of music. Born in 1993, Molly was eight years old when she began playing guitar, and by the time she was 11 she was good enough to play on-stage with her father. She recorded an album with her dad, The Old Apple Tree, when she was 13, and would add banjo and mandolin to her repertoire, though her main focus was still on flatpicking and clawhammer guitar styles. In her late teens, Tuttle was recognized as a rising star; she was awarded merit scholarships to the Berklee College of Music for music and composition, received the Foundation for Bluegrass Music's Hazel Dickens Memorial Scholarship, won the Chris Austin Songwriting Competition at the Merlefest Music Festival, was named Best Female Vocalist and Best Guitar Player by the Northern California Bluegrass Society, and appeared on A Prairie Home Companion, all in a single year, 2012. By 2014, Tuttle joined the all-female contemporary bluegrass group the Goodbye Girls, and she recorded a duet album with fiddler John Mailander. While she was widely celebrated as a bluegrass player, Tuttle was also influenced by the songwriting of Bob Dylan and Gillian Welch, and began writing songs that reflected a sensibility more akin to contemporary folk. In 2015, Tuttle launched a crowdfunding campaign to finance the recording of her first solo project; her seven-song EP, Rise, was released in 2017 -- that same year she signed with Compass Records and became the first woman to win the International Bluegrass Music Association's Guitar Player of the Year award. Two years later Tuttle released her acclaimed debut full-length effort, When You're Ready, and in 2020 she issued the covers LP ...But I'd Rather Be with You. ~ Mark Deming, Rovi