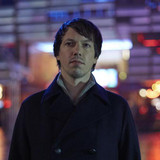 EIN ASTRONAUT is the music project of Hamburg based DIY musician and videographer Eike Swoboda.

Besides several solo releases, he is also known for the COLLABORATIONS CLUB, a space where he invites musicians from all over the world virtually via the internet or personally into his studio to join his musical adventures. The Project has been awarded with Google's "YouTube NextUp Europe" and "Krach & Getöse" by RockCity and Haspa Music Foundation.