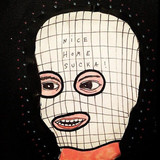 Hailing from the Detroit suburb of Ferndale, MI, Bars of Gold came together in 2008 when instrumental noise rock outfit Wildcatting found a voice for their music by way of former Bear vs. Shark frontman Marc Paffi. Paffi, along with drummer Brandon Moss (another Bear vs. Shark veteran), guitarists Scott Iulianelli and Ben Audette, and bassist Nick Jones, fused the styles of the two bands, using the vocals to add structure to Wildcatting’s improvisational rock freakouts, resulting in a sound that’s both deep and danceable. In 2010, Bars of Gold made their debut, releasing Of Gold on Friction Records. ~ Gregory Heaney, Rovi