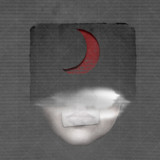 Bamdad Xosh (born Bamdad Khoshghadami Hosseini; October 10, 1983) is an Iranian-Austrian composer and arranger of jazz music based in Vienna. At 13, he started his journey into the music world with his first guitar lesson through his father. Five years later, Bamdad experienced his very first musical composition that led him to a considerable point, as he found his main interest in life. How incredible it could be when an orchestra embodies your ideas and brings them to birth. In 2013, Bamdad immigrated to Vienna (Austria) to expand his musical activities. In Vienna, he just developed his knowledge and compositional skills by learning from highly qualified and renowned composers such as "Christian Mühlbacher". Jazz is not the only dimension of Bamdad's musical world. As a teenager, he was very enthusiastic and impressed by American Folk and Country music, in particular John Denver. This influence may be seen as a kind of lyricism and pacifism in his music.