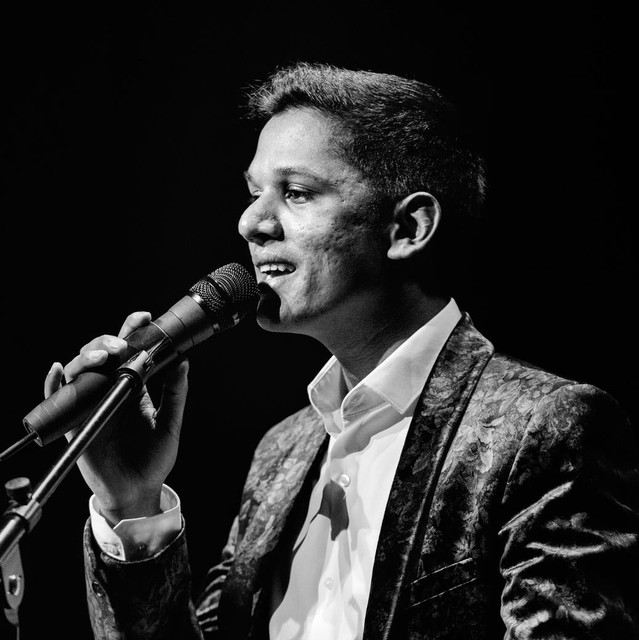 Bhavik’s Mission: To inspire the next generation with Indian Devotional Music (Bhajans). Bhavik strongly believes that it’s not just for the older generation, and can really be experimented with. Bhavik is working on a brand new fusion album to make this genre of music more appealing to future of tomorrow. Coming from a musical family, Bhavik has had an interest in music from a young age. His musical journey began at the age of 9 when he attended some Tabla lessons. Shortly after, he realised it wasn’t something he enjoyed and sneaked into the room next door where they were teaching singing. The rest, as they say, is history! Bhavik has been performing since 2008 to audiences ranging from 50 to 40,000 people. He has captivated listeners from a very young age and is now attracting more of the younger generation. This, in turn, has helped Bhavik work towards achieving his long-term mission.