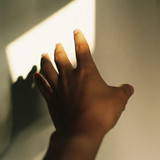 ceecide grew up on an eclectic taste, from the emo that his parents played him, to the rap he was introduced to by his bandmates in 11SIXONE, to electronic music like hyperpop and downtempo that he grew to love while getting to know fellow artists in the scene. Originally inspired to make ambient music by artists like Flatsound and Ricky Eat Acid, ceecide has grown his sound into a well blended mix of ambient, neo-classical, hyperpop, indie rock, and electronica. Raised in South Texas around a family of musicians, ceecide, real name Jonathan, has picked up various instruments like piano, guitar, ukulele, cello, and more, only adding to the whole gamut of genre inspirations leading ceecide to create something truly unique. His new album masterfully blends lo-fi electronica, ambient drones, wildly distorted guitars, speaker knocking 808s, and gentle piano and acoustic guitar melodies. During the short time that he's been creating, he's organized and held 5 Ceecide Festival events featuring incredibly successful bands and friends, having his band 11SIXONE featured in Discord's official playlist, having projects he's worked on featured in Mixmag, Brooklyn Vegan, Pitchfork,