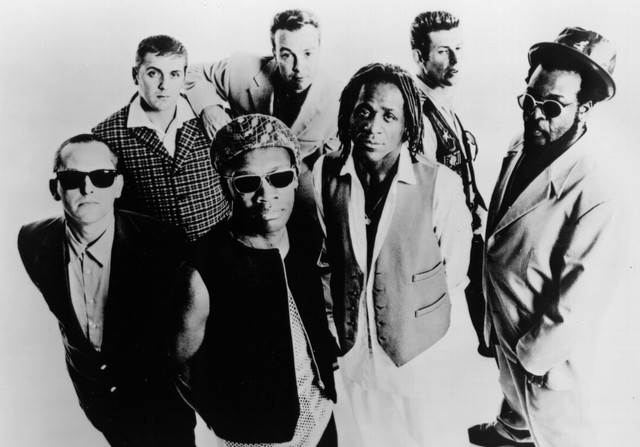 As a member of the Specials, Neville Staple helped launch the U.K. ska revival of the '80s, and went on to a long career as a vocalist and toaster, making an impression on both the ska and rock communities. Staple was born in Christiana, Manchester, Jamaica on April 11, 1955. His family left Jamaica for England when he was five, first moving to Rugby, Warwickshire before settling in Coventry. Staple became part of the local sound system scene, and led a crew known as Jah Baddis. He was also a frequent presence at Coventry's Locarno Ballroom, where he struck up a friendship with Peter Waterman, then the resident DJ and later part of the hit-making production team of Stock-Aitkin-Waterman. In 1978, Staple became a roadie for a band called the Coventry Automatics, with Waterman briefly serving as manager. The group would soon change their name to the Specials, and Staple graduated from hauling gear to becoming a full member of the band, contributing backing vocals, toasting, and keeping the stage show lively with his dancing. After releasing their debut single in 1979 on their own 2-Tone label, the Specials became a major success in the U.K., and kickstarted a massive international revival of ska, the pre-reggae Jamaican dance music that had flourished in the '60s. Despite their success, the Specials burned out quickly, and in 1981 Staple joined fellow former SpecialsTerry Hall and Lynval Golding in the Fun Boy Three, a vocal group that specialized in a more easygoing, minimal sound. The group's self-titled debut album featured four tunes that would become Top 20 singles in the U.K., and their second, 1983's Waiting, featured two more, but within a year of the release of the sophomore LP, the Fun Boy Three broke up. In 1990, Staple teamed with Ranking Roger, formerly of the Beat (aka the English Beat), to form a group called Special Beat, who were a popular touring attraction in the U.K. and the United States. In 1994, Staple took part in a Specials reunion that featured several other members of the original lineup, though not founder Jerry Dammers and lead vocalist Terry Hall. The band toured extensively, and released several new albums, including 1995's King of Kings (a collaboration with Desmond Dekker) and 1996's Today's Specials, before folding in 2001. Staple was also invited to contribute guest vocals on the Soup Dragons' 1995 album Hydrophonic. In 2000, Staple re-recorded a set of his best-known songs for the album Ghost Town: 13 Hits of the Specials and Fun Boy Three. 2002 saw the release of Ska Au Go-Go, which was credited to Special Skank featuring Neville Staple, and two years later, he dropped another solo effort, The Rude Boy Returns, which featured guest appearances from Mick Jones of the Clash and Rat Scabies of the Damned. In 2009, the Specials reunited for a tour that included the full original lineup except for Dammers; the tour was rapturously received by fans and the British music press, and several more road trips followed for the band, including dates in the Europe, Japan, and the United States. In 2012, Staple left the reunion, citing health problems and a lack of camaraderie among his bandmates. Staple struck out on his own with a solo project, the Neville Staple Band, and released an album, Ska Crazy, in 2014. In 2017, Staple emerged with a new album, The Return of Judge Roughneck, which featured new material along with covers of Jamaican ska and reggae classics; the album was also paired with a bonus album containing dub mixes of the LP's tracks. ~ Mark Deming, Rovi