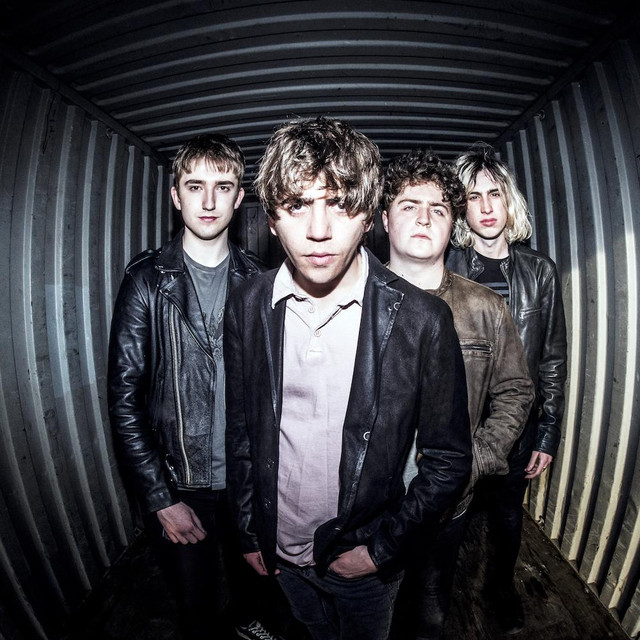 With their raw, punk-infused, energetic rock & roll, Welsh four-piece Pretty Vicious emerged in 2014 with the buzz-worthy singles "Cave Song" and "Are You Ready for Me." As their reputation grew, they entered the U.K. festival circuit and endured a period of botched management deals before finding a home with American label Big Machine Label Group, which released their debut full-length. Hailing from the town of Merthyr Tydfil, Pretty Vicious found success while still in their teens. Comprising vocalist/guitarist Brad Griffiths, guitarist Tom McCarthy, bass guitarist Jarvis Morgan, and drummer Elliot Jones, the group uploaded the track "Cave Song" to SoundCloud and BBC Introducing in 2014, generating attention from BBC Radio Wales and XFM. A digital single, "It's Always There," eventually followed and caught the attention of Radio 1, which tagged it their Hottest Track in the World. The release was also pressed as a limited-edition 7" for Record Store Day 2015. Opting for the standard, old-school machine of two guitars, bass, and a drum kit, the band drew comparisons to other British acts such as Kasabian, Royal Blood, Oasis, and Arctic Monkeys. With sneering, overdriven guitar riffs, blistering drums, and ornery and indifferent vocals, their sound harked back to the incandescent guitar music of the '90s, melding the carefree lyrics of Brit-pop with the bored, delinquent attitude of punk rock. Their rise to prominence led to performances at the Isle of Wight and Glastonbury festivals alongside acts such as the Prodigy and Fleetwood Mac, as well as support slots for the Courteeners and the Vaccines. Toward the end of 2015, Pretty Vicious embarked on a small headlining tour before returning to the studio to complete work on their debut EP, Cave Song, which arrived in 2016. A follow-up single, "Blister," was released later that year, after which Pretty Vicious signed with America's Big Machine Label Group and began working in earnest on their first full-length with producer Dan Austin. "Move," the first single from the LP, arrived in August 2018. The single "These Four Walls" was released in early 2019, with the full-length, Beauty of Youth, appearing in July. ~ Rob Wacey, Rovi