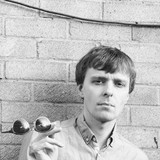 Carl Brewster is an independent singer/songwriter from Teesside in the UK. Studying music from a young age, Carl has been experimenting with various instruments and genres for many years, however his focus is on guitar and writing in the genres of Rock, Punk, and Metal. Carl is an avid independent home-recording artist who writes, records, and produces all his own tracks. Before beginning his music career Carl spent six years working in Wildlife Conservation in South Africa with a ground led organization known as 'Endangered Rhino Conservation'. Carl's latest release 'I Won't Let Go' was recorded to commemorate this chapter of his life and the strength he witnessed in the organizations leader - Dr Lynne MacTavish who can be seen pictured on the singles artwork with one of her beloved rhinos.