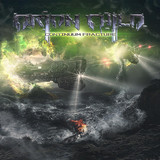 ORION CHILD is a band from Durango (Vizcaya-Spain) formed in 2006. The style combines Melodic Death Metal, with roots of Power Metal and touches of Black Metal. After recording a first demo in 2006, at the end of 2008 we recorded our first studio album “A New Dark Apology" at NewLife Studios of Madrid , mastered at Finnvox Studios in Finland by Mika Jussila. This album finally realeases in October 2010 and in June 2011 won the award for "Best Heavy Album" of the year in Spain in the Independent Music Awards granted by UFI (Independent Phonographic Union). After a large number of concerts in different cities of Spain , in 2015 we started with the recording of our second studio album, "Into the Deepest Bane of Hope" , recorded and mastered at Chromaticity Studios and Cursed Onion Studios. For sale in September 2016. After many shows that have taken us all over the country, we venture with our third album "Continuum Fracture" (On Fire Records, 2019).