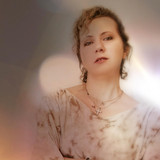 Kalliopi is a classically trained actress and singer turned Rock singer-songwriter. Hailing from Greece, she brings rocking power and pop sensibility together. Her music has a pop flavour with a punky vibe, combined with raw sounding rock guitars. Her sound has been described as 'Reminiscent of some of Cranberries work', of U2, as a 'mixture of Madonna meets the band Garbage and Blondie meets Pink’. 'Love on the Streets' her latest release, ‘Another Chance’ and ‘Naked’ were produced by Kalliopi and Spyros Kontakis and recorded at Vox Studio by Aris Binis and Theodore Darmas, with Spyros Kontakis on guitars, Alkis Misirlis on drums and Barry Zealy on bass. The mixing was by Alex Newport and the mastering by Ted Jensen at Sterling Sound Mastering, NY. As a working singer, Kalliopi has supported major pop-rock artist in Greece - Christos Dantis - on his Greek and European tours, for almost three years while forming a band called ‘Minima’ and releasing an album at Lyra/MBI Records. She also collaborated with producer Coti K. and Kostas Parissis in the ‘Mixer of Lena Platonos’ that was released by FM Records. In 2014 she was offered to write the music for a musical theatre production of Oliver Twist at the Theatron Technis Karolos Koun, also playing the part of Nancy. Kalliopi is influenced by a wide range of artists including The Rolling Stones, U2, Joan Jett, Blondie, The Kinks, The Carpenters, Madonna,Garbage, Nirvana, The Cranberries, David Bowie,The Clash, White Stripes.