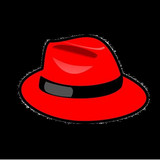 G.H. Hat is a multi-genre producer, remixer, composer and performer. With 290 Classical tracks under his belt, G.H. Hat decided to enter the instrumental EDM arena in 2016, and with his first two releases he found himself on the Soundcloud Top 50 charts, as well as having several songs selected for Spotify official Playlists. In 2017, G.H. Hat has decided to enter the Pop/Dance vocal arena with his first such release: “I Got A Problem (I Wonder…) [feat. Mickey Shiloh]