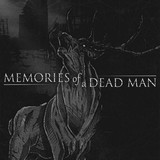 Memories Of A Dead Man

Featuring Memories Of A Dead Man

Between dark melodies, haunting sonorities and fractious hard moments: a permanent up and down » Working a tricky hybrid ground between Hardcore, Post-core and Ambient, MEMORIES OF A DEAD MAN have been constantly evolving since their debut in 2006, giving their ability to step out of the norm and worrying about creating their own musical and visual identity. The band managed to surprise in 2008 with a self-titled E.P, described by critics as mature and coherent. Flowing between dark melodies, haunting sonorities and fractious hard moments, MOADM's music is a permanent up and down. They constantly play with their audience's feelings by providing heavy changing atmospheric riffs. They dissect human kind and explore its flaws. With over for hundred gigs throughout France and Belgium, the band quickly made itself at home anywhere it performed. MOADM shared the stage with bands such as New Model Army (UK), Tesseract (