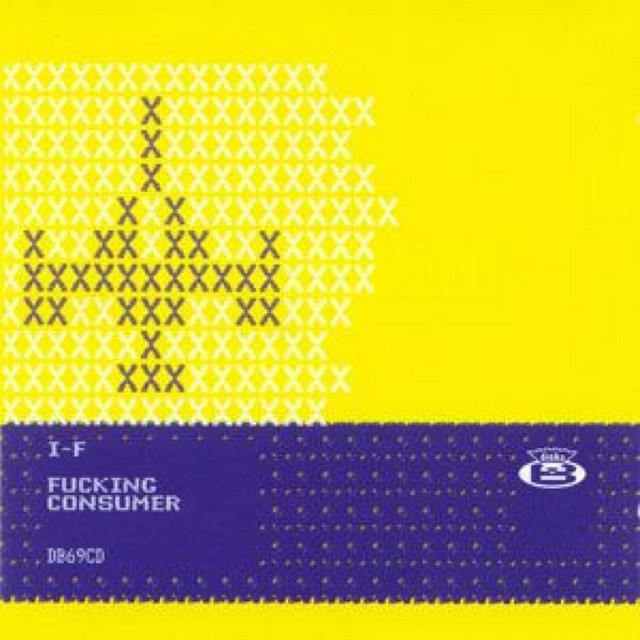 Dutch outfit I-F produces thin, minimal electro and techno punctuated by somewhat obvious but inventively reconstituted influences tracing to late '70s and early '80s American and Italian disco and British new wave and techno-pop. Heavily melodic and often incorporating thick, dense basslines that bounce along with a force equal to or exceeding that of the beat, I-F tracks such as "Superman," "Quest," "Playstation No. 1," and the massive club hit "Space Invaders are Smoking Grass" helped reinitiate the use of bizarre, synthetic-sounding lyrics, pushing beyond the odd sampled vocal of most dance music and into full-on verse-chorus-verse arrangements that recall the heyday of British New Romantic groups such as Visage, the Normal, and Fad Gadget. Based out of the Dutch urban center of Den Haag, I-F is largely the work of one producer -- known as Ferenc -- although the close-knit qualities of the Den Haag underground and a preponderance of like-sounding artists (including Unit Moebius, Electronome, Funkstorung, and a dozen others) on I-F-associated labels such as Viewlexx, Acid Planet, and Murdercapital makes uncredited collaborations a distinct likelihood. Focusing first on hard-hitting acid and techno, Ferenc released a number of limited-run EPs through those labels (as both Beverly Hills 808303 and I-F) before hooking up with higher-profile German label Disko B in 1996. I-F's Disko B releases marked a shift in style; the two-part Portrait of a Dead Girl series began playing up the electro and new wave influences, incorporating rhythmic syncopation, vocals, and strong, simple melodies. I-F's debut LP, Fucking Consumer, was released by Disko B in the summer of '98, and remains one of the most memorable new-school electro albums to date. I-F's by-far most widely known track, however -- "Space Invaders Are Smoking Grass" -- appeared in the interim, debuting on the Detroit-based Interdimensional Transmission label, which kicked off its four-part EP series "From Beyond" with the cut. Also compiled onto Fucking Consumer, "Space Invaders" became one of '97's biggest anthems, receiving track-of-the-year kudos from no less a bassbin-hugging tastemaker than Jockey Slut magazine, spawning an IT remix 12-inch, and flooding the label's Ann Arbor, Michigan offices with licensing requests. I-F material continued to appear at a higher-than-average clip throughout 1998, including a collaborative 12-inch for the Austrian Sabotage label (under the name Lonny and Melvin) and a second full-length LP/CD, The Man from P.A.C.K. In addition to his production work, Ferenc continues to operate Hotmix Electro-nix, a mail-order business often referred to as the Dutch Submerge, originally formed in 1990 and now an important European distribution hub for underground experimental dance music. ~ Sean Cooper, Rovi