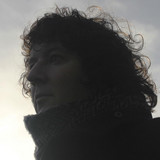 Four albums into a singer songwriter career which has taken him on adventures across Asia and Europe and with a growing following across the globe, Ally Kerr, "one of Scotland's best-kept secrets", begins a new adventure - composing cinematic, orchestral music whilst continuing to release music as a singer songwriter. File under modern classical, contemporary classical or film score - new album Soundtracks is made up of emotive, evocative music inspired by past masters such as Ennio Morricone and John Barry, modern greats like Max Richter and Ólafur Arnalds, as well as post-rock influences such as Sigur Rós. Melodious, heartfelt, beautiful, wry, wistful, folk-tinged pop are words that have been used to describe the singer songwriter’s music over the course of his four albums. Although echoes of Belle and Sebastian, Paul Simon, Neil Halstead, Kings Of Convenience and many artists’ resonate, Kerr’s style is distinctive and he’s been described as one of “Scotland’s brightest rising stars” and “a sparkling tunesmith”, each album building on the last. From the innocent, wide-eyed, indie pop of debut Calling Out To You through the bittersweet Off The Radar to a more textured, grander sound and lyrical themes with folk pop / chamber pop Viva Melodia and then Upgrade Me – Kerr’s most ambitious singer songwriter album to date complete with string arrangements - Kerr is an artist whose music continues to evolve.