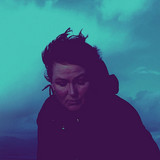 Mairi Campbell is a prolific and pioneering Scottish musician renowned for her remarkable singing, powerful concerts and unique solo music theatre productions that push the boundaries of Scottish traditional music. Her music, which combines voice and viola, has a rooted quality, encompassing wide-ranging influences from Scottish dance music to soundings and improvisations After studying classical viola at the prestigious Guildhall School of Music, she has become a cornerstone of Scotland’s traditional music scene, pushing boundaries with her use of free improvisation, songs and stagecraft. As an interpreter of Scots song, with David Francis, Mairi has contributed a significant number of songs to its current canon. She is the recipient of six national music awards including the Inspiration Award in 2018. In 2019 she was inducted into the Scottish Traditional Music Hall of Fame. Her first two solo shows Pulse (2016) and Auld Lang Syne (2018) have gained much critical acclaim and toured widely. The third part of her solo trilogy is due in 2021. Since 2010 Mairi has been co-writing songgs with producer Dave Gray. These are now being realised on stage by her nine-piece ensemble, the Pendulum Band. Their music is also the voice of the giant puppet, Storm, which will travel round the coastline of Scotland throughout 2021 following her maiden voyage through Glasgow to mark the beginning of Celtic Connections 2020. ‘Storm’ is due for release 2021 via Holy Smokes Records.