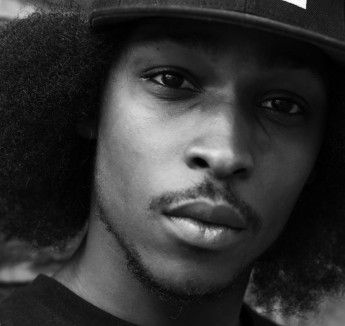 A veteran and trailblazer in the U.K. grime scene, London-born JME remained a pioneer of the genre throughout its two-decade-long growth. With an early role in legendary crews Meridian and Roll Deep, the Tottenham-raised rapper/producer kicked off his career in the mid-2000s with iconic grime singles like "P" and "Serious," quickly forming the label Boy Better Know with his brother, Skepta. During the genre's mainstream transition in the mid-2010s, JME continued to define grime's success. After featuring on flagship single "That's Not Me" with his brother, the rapper/producer's 2015 album Integrity> became a template for the modernization of the genre's inimitable sonics.

"Born in Hackney, raised in Tottenham," British musician JME (birth name Jamie Adenuga) grew up in a Nigerian family along with brother and fellow musician Skepta. Attending various schools in London's Enfield borough, Adenuga swiftly developed a life-long love of both gaming and music, interests that coalesced as he began to produce beats on the video game Mario Paint. After graduating from the University of Greenwich with a degree in digital design, JME focused entirely on music, soon joining the legendary Meridian crew alongside artists like President T, Meridian Dan, and Skepta. The crew, hailing mainly from Tottenham's Meridian estate, found their footing on pirate radio, with weekly sets hosted on stations like Deja Vu and Heat. Developing their production skills on rudimentary software like Fruity Loops, Adenuga and his brother soon founded the label Boy Better Know (BBK) and recorded two 2004 EPs, Meridian Walk and Serious Thugz. Featuring dusty drum patterns and rugged synths, this early material had a marked garage influence, with occasional rap verses delivered by JME himself. After Meridian disbanded due to legal troubles, the brothers continued to release on BBK, dropping the joint Thuggish EP later that year. While handling the label's rapidly growing clothing line, JME continued to release throughout 2005 and 2006, issuing the singles "Serious" and "Check It" along with three further EPs: The JME EP, Waisman, and Badderman. Having focused primarily on production thus far, BBK's self-titled first mixtape, Boy Better Know: Shh Hut Yuh Muh Edition, gave Adenuga a platform to test his rapidly developing rap skills; while billed as a label-wide project, 12 of the tape's 16 tracks were JME's. Over swaggering production of his own making, the MC delivered standoffish bars and scathing disses, yet took a unique stance in calling out MCs for their exaggerated narratives, and challenging the negative lyrics of his contemporaries. In 2006, following the departure of members Roachee, Maximum, and Syer, grime crew Roll Deep brought the Adenuga brothers into the fold. While Skepta featured across the collective's second studio album, Rules and Regulations (2007), JME kept his attention on BBK, releasing 60 more tracks of his own over three mixtapes. After hosting five volumes of Wiley's Tunnel Vision series, JME eventually decided to release his debut album, Famous?, in 2008. With producers including Wiley, Sir Spyro, and JME himself, the project placed Adenuga's unique rapping style over a collage of grime experiments, producing iconic tracks like "P" and "Punch in the Face" while also giving a studio release to essential singles like "Serious" and "A W O H." From here, JME continued to manage BBK, releasing albums from President T, Skepta, and Frisco on the label throughout the late 2000s. His sophomore album, Blam!, arrived in late 2010, previewed by 2009's electronic-focused "Over Me." The album, marking his debut on the U.K. charts, put a glitchy, electronic spin on his sonics, featuring BBK collaborators from Tempa T to Jammer. Following the release of Blam!, JME slowed down his output significantly. After contributing a couple of tracks to BBK's 2011 mixtape Tropical 2 and issuing the compilation album History, the rapper/producer only released four singles in the 2011-2013 period. While JME had remained a key figure in grime since the early 2000s, it wasn't until 2014 that he received mainstream recognition. A feature on Skepta's 2014 single "That's Not Me" became an accomplishment in itself; a throwback to grime's heyday, the MOBO-winning single marked the start of a three-year revival for the genre, in which the Adenuga brothers played an essential role. Capitalizing on the viral success of "That's Not Me," JME released his third album, Integrity>, in 2015, featuring singles dating back as far as 2012's "96 Fuckries." Producing grime staple "Man Don't Care" and featuring a smorgasbord of U.K. talent, Integrity> updated the grime sound, adding layered production and advanced studio mastering to its raw, punchy sonics. Touring on the back on Integrity>, JME put his studio career on hold throughout the late 2010s, delivering only a few singles and features in the latter half of the decade. In early 2019, he returned to the scene with the announcement of his fourth full-length, Grime MC, along with a series of screenings across the U.K. With exclusive merch and performances from a host of grime legends, the screenings offered JME's U.K. fan base a preview of his much-anticipated album. ~ David Crone, Rovi