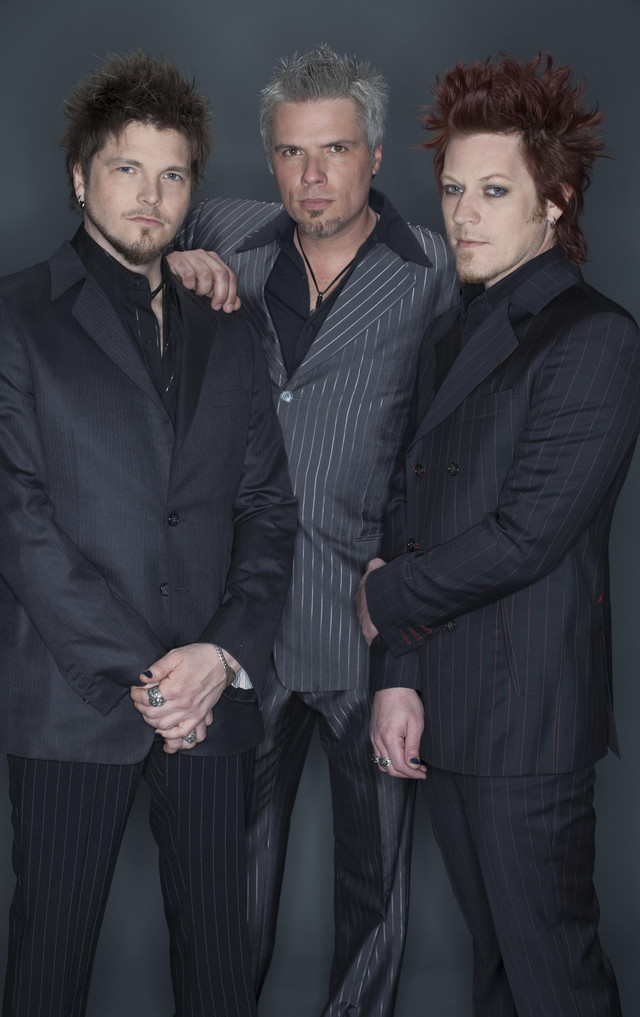 Hard rock/heavy metal band Crossfade is based in Columbia, SC, where its members reside. The group came together in the late '90s with the merging of singer/guitarist Ed Sloan with bassist/backup singer Mitch James and drummer Brian Geiger as the power trio the Nothing. Sloan, a Columbia native, had begun taking piano lessons at eight and been attracted to grunge and heavy metal music, joining his first band, Darkchilde, in the eighth grade. By the time he began attending the University of South Carolina and majoring in computer science, however, he was looking for new musicians to play with. Geiger, also a native of Columbia, had played drums since his childhood and was a member of another local band, Celestian Slant. For James, who took up the bass after becoming enamored of the instrument at a David Lee Roth concert, the Nothing was his first band. The group added singer and club DJ Tony Byroads, who had grown up in Buffalo, NY, playing in a band called Final Wave in high school, then moved to Columbia after graduation. The resulting quartet renamed itself Sugardaddy Superstar. While building up a local following, the band recorded in its own Sugarstar Studio. It first gained recognition beyond its region when it attracted the interest of the Los Angeles A&R company Taxi and Los Angeles promoter Chris Long (who took over as manager), leading to an L.A. showcase in March 2002. That, in turn, led to a signing to the Earshot subsidiary of Columbia Records early the next year. The band then retooled its self-released album, Cold, under the auspices of mixer/engineer Randy Staub and renamed itself Crossfade. The revised album was released by Columbia as Crossfade in April 2004; the same year James Branham replaced Geiger behind the drum kit. Its first single, "Cold," did extremely well on modern rock radio (spending a staggering 65 weeks on the Active Rock chart) and, by August 2005, the album was certified platinum. By that time, the group was back to being a trio after the departure of a newly married Byroads. They continued touring in support of the record, including several overseas gigs the following spring for active personnel at various military bases. "Invincible" hit the airwaves in June 2006 to usher in the release of Crossfade's follow-up effort, Falling Away, released in late August. ~ William Ruhlmann, Rovi