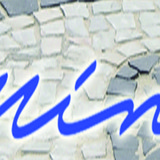 Minas takes Brazilian and American roots to create a sound that is fresh and innovative, from ballads tinged with melancholic traits of Blues and Choro, to Folk coasting on the subtle coolness of a Bossa Nova pulse, to upbeat Sambas elaborated with instrumental jazz improvisation, scat singing and whimsical whistling. With recordings of original music and a collection of over 100 songs, Orlando and Patricia’s compositions have been compared to classics by Cole Porter and Antonio Carlos Jobim. Capturing the essence of great songwriting with memorable melodies, inventive harmonies, and poetic lyrics, the music of Minas is engaging and timeless. Orlando Haddad and Patricia King formed Minas in 1978 at the University of North Carolina School of the Arts. They proceeded to play all over the eastern United States before moving to Brazil, where they lived, entertained and traveled, absorbing the essence of Brazilian culture. In 1984 Orlando and Patricia returned to the United States and raised a family while performing and recording extensively, building their reputation as one of the most sought-after Brazilian groups of its kind. Multi-talented as composers, vocalists and instrumentalists, and equally comfortable in Brazilian festive music and jazz, folk and classical genres, Minas has developed various performance styles which have placed them in front of every kind of audience and venue.