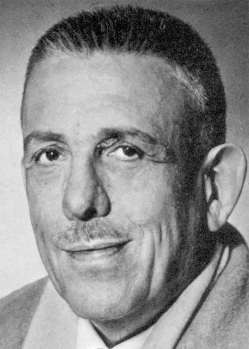 Francis Poulenc was the leading composer of Les Six, the French group devoted to turning music away from Impressionism, formality, and intellectualism. He wrote in a direct and tuneful manner, often juxtaposing the witty and ironic with the sentimental or melancholy. He heavily favored diatonic and modal textures over chromatic writing. His music also shows many elements of pandiatonicism, introduced around 1920 by Stravinsky, whose influence can be heard in some of Poulenc's compositions, such as the religious choral work, Gloria. Poulenc is regarded as one of the most important twentieth century composers of religious music, and in the realm of the French art song he is also a major voice of his time. Poulenc was also a pianist of considerable ability. Poulenc was born into a wealthy family of pharmaceutical magnates. The agrochemical giant Rhone-Poulenc is the present-day corporation started by his forebears. His mother was a talented amateur pianist who began giving him piano lessons at age five. Later Poulenc studied with a niece of César Franck, and then with the eminent Spanish virtuoso Ricardo Viñes, for whom he would later write music. At age eighteen, Poulenc wrote Rapsodie Nègre for baritone and chamber ensemble, which made him an overnight sensation in France. The young composer served in the military during the years 1918-1921, during which time he composed the popular Trois Mouvements Perpétuels (1918). By 1920, Les Six -- Georges Auric, Arthur Honegger, Darius Milhaud, Germaine Tailleferre (the sextet's lone female representative), Louis Durey, and Francis Poulenc -- had begun making its impression on the music world. In 1923, Poulenc wrote the ballet Les Biches, which Diaghilev staged the following year with great success, the public finding its mixture of lightness, gaiety, and occasional moments of sentimentality irresistible. Poulenc continued writing at a fairly prolific pace in the late 1920s and early 1930s, producing many piano compositions, songs and other works. In 1935, he rekindled his friendship with baritone Pierre Bernac, thus launching a productive and enduring professional relationship. He also returned to the Roman Catholic Church that year when close friend Pierre-Octave Ferroud was killed in an automobile accident. Thereafter he wrote many important works of a religious nature, the first of which were Litanies à la Vierge Noire, for soloists, chorus and organ, and Mass in G for mixed a cappella chorus, both from 1936. During the war, Poulenc remained in German-occupied France, writing music of an antiwar or defiantly anti-Nazi bent, sometimes writing songs on texts by banned authors, such as Lorca. He also wrote a ballet Les Animaux Modèles (1940-1941), Sonata for violin and piano (1942-1943; rev. 1949) dedicated to Lorca, and the masterful Figure Humaine (1943), a choral cantata which is a hymn to freedom. In the postwar years, Poulenc turned out his Sinfonietta (1947) and Piano Concerto (1949), both not entirely successful. In the period 1953-1956, Poulenc produced his most ambitious work, the opera Dialogue of The Carmelites, considered by many the greatest French opera of the twentieth century. Poulenc finished his last opera in 1958, La Voix Humaine, a work whose lone character talks (sings) on the phone to her deserting lover for the work's 45-minute length. Notable also in this period is his Gloria (1959), a work shorn of sanctimony and rich in communicative simplicity and fervent religiosity. Poulenc's last major work was his Sonata for Oboe and Piano in 1962, dedicated to the memory of Prokofiev, whom he had befriended in the 1920s. Poulenc died suddenly of a heart attack.