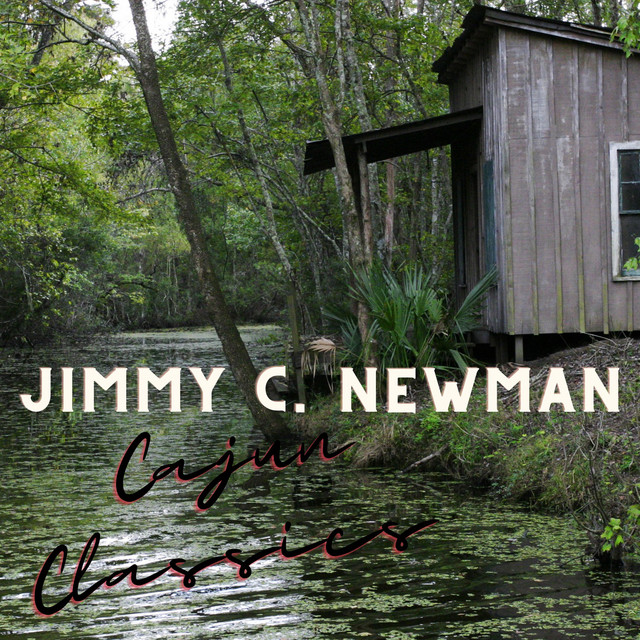 The "C" stands for Cajun, and though much of Jimmy C. Newman's early country material has little swamp stylings, he developed a fusion on several 1960s albums that established him as a forerunner in Cajun-country music. Newman was born on August 27, 1927, in High Point, LA; as a child, he listened more to Gene Autry than the Cajun music of the area, but still included several Cajun songs in his repertoire with Chuck Guillory's Rhythm Boys, which he joined while still a teenager. Despite recording several unsuccessful sides in the late '40s for J.D. Miller's Feature label, he later earned a shot from Nashville legend Fred Rose. After recording four songs in 1953, Newman signed to Dot Records and scored a hit the following year when "Cry, Cry, Darling" reached number four in the country charts. Newman's chart success prompted the Louisiana Hayride to hire him as a regular performer. His next four hits all made Top Ten, including 1955's "Daydreamin'," "Blue Darlin'," and "God Was So Good." Newman moved up to the Grand Ole Opry in 1956 and released "A Fallen Star" the following year. The single, his biggest hit, spent two weeks at number two and also entered the pop Top 25. The singer was unhappy with his Dot contract however, and moved to MGM in 1958. By November of that year, Newman charted another Top Ten hit, "You're Makin' a Fool Out of Me"; he closed out the decade with three Top 30 singles and the Top Ten "Grin and Bear It" in July 1959. Newman began the '60s with success also, bringing "A Lovely Work of Art" to number six and "Wanting You to Be With Me" to number 11. Not content with his popularity at MGM, he switched labels again, signing with Decca in 1961. Now that he was an established artist, Newman began to integrate Cajun influences in such Top 25 singles as "Alligator Man" and "Bayou Talk." His 1963 album Folk Songs of the Bayou Country was a milestone in the popularization of Cajun music and included great work by accordionist Shorty LeBlanc and Newman regular Rufus Thibodeaux on fiddle. He hit the country Top Ten at the end of the year with "D.J. for a Day," and his recordings soon moved back to the Nashville sound, with occasional Cajun influences. (One notable exception is 1967's Louisiana Saturday Night.) Newman reached the Top Ten twice within six months in 1965-1966 with "Artificial Rose" and "Back Pocket Money," but they proved to be his final hits. The following three years saw occasional placements in the Top 30, and his last chart entry was 1970's "I'm Holding Your Memory (But He's Holding You)." Following his commercial decline, Newman moved back to Cajun music, recording Cajun albums for the La Louisianne, Swallow, and Rounder labels. His performances continued to excite many in Europe as well as America, and his half-century Grand Ole Opry slot also kept him busy until his death in June 2014. ~ John Bush, Rovi