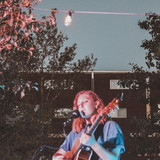 Lena Marie was always writing and singing while growing up. Born and raised in Denver, Colorado, Lena Marie first realized she had a real desire to perform her music when she spontaneously played for a small crowd waiting outside an Ed Sheeran concert when she was 13. Now matured and always growing her musical tastes, Lena still sticks to the simplicity of songwriting, just writing to an idea to see where it takes her.  Lena Marie found her own sound while taking influence from artists like John Mayer, Julien Baker, and acoustic folk artists Ben Howard and Gregory Alan Isakov.  Combining catchy guitar riffs and soft ambient melodies, this is Lena Marie, taking her emotionally driven songs about her feelings and beliefs and sharing them with the world with her much-anticipated debut EP, “Closing Doors” released in Winter of 2019.