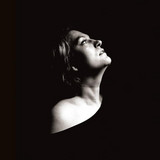 credits picture: tomas martinez soldevilla. more info on laura: www.laurarafetseder.com "Once upon a time a little songstress fell in love with music listening to her songwriter dad's piano (he used to put music to anglo-american poets' poems), her mum singing lullabies and generally being raised on her parents records (dylan, stones, joni mitchell,...). At 8 an old tape of a radio show called „the roaring 60s“ made a lasting impression – she decided to become a revolutionary (the tape started with „hippies, beat, riots, revolution,...“ and sounded very exciting). She also went on to inhale pop music history, became a beatles freak at 13, wearing only grey (it was the early 90s,you know), reading emily bronte and climbing trees. At 14 though she hijacked her dad's guitar, learned how to play and started writing songs (well... she didnt write her own lyrics at first but exploited her dad's poetry books and put new musical clothes to w.h. auden, t.s.

eliot and the like). The lyrics started to flow at 18, when she moved