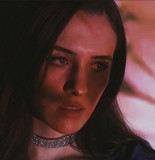 Amelia McNabb is a singer, songwriter and multi instrumentalist born in Scotland and raised in New Zealand. She is known for her pure vocals alongside catchy melodies and moody pop tones; often compared to the likes of Lana Del Rey. Mostly recognised on YouTube and within the Auckland music scene, her music has reached fans locally and from all around the world. After great recognition from her first single ‘Obsessed’ in 2019, Amelia went on to release ‘That Girl’ paired with a stunning video; which received multiple play-listings on streaming sites and almost a million streams collectively. Although her tracks are produced with an electronic genre, the same captivating and emotional feel can be recognised in Amelias acoustic performances, stripped back to the basics with vocals and guitar.  “Amelia McNabb comes to us fiercely, independently, and with more fire in her lungs than I’ve heard from any other Kiwi artist in awhile” Lisa @ Libel Music