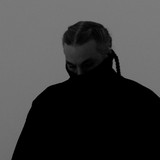 Steve Angello's debut album 'Wild Youth' topped the dance charts in 41 countries and was accompanied by an art and technology exhibit during New York Fashion Week in NYC.

In addition to art and music, Angello also received the 2016 MTV Chiuku Humanitarian Award for his considerable contributions in the social good and non-profit space. 2018 marks a new chapter in Steve’s career and he is as hungry as ever to carve out the next act in his musical legacy. His new album HUMAN will introduce new music, new art, new apparel, and a new vision for changing the way the world experiences music. The next chapter is unwritten but the story is being told