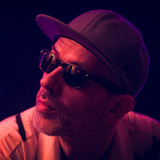 It’s the tail end of the psychedelic 60’s and paranoia is running the day. If it isn’t Charlie Manson, it’s the LAPD or the FBI or the mysterious body of something called „The Golden Fang“. So what is all this now? It was a long hot day under the burning sun in Palm Springs. You know what they say - it never rains in SoCal. The land’s all dried up, withered from the heat. What the hell just happened out there? Everything’s gone from groovy to „where you at man?!“, suggesting a high level of fear or discomfort with the way things are headed. All eyes on me, I guess. Sh*t. „Screw it, Heitech, you’re alive, man, so relax, take a breather!“ Windows down. The ’57 Buick is gliding over the asphalt on the PCH, calm and steady. It’ll be a brief visit in Santa Cruz to see an old friend, then back to San Francisco, ‘cause business awaits in the Haight. Rollin' down the freeway, swervin’... Heitech has come a long way as a producer and mixing & mastering engineer, making sure the whole trunk knock for people like Marz, pyrin, Sickless, Juse Ju and others. Over the years, he has found and redefined his very own style in music. Referencing classic sample based Hip-Hop production just as much as borrowing that „Ooomph“ from the 808, all whilst paying homage to those 90’ rap tapes from the Memphis area, Heitech is making you pheel tha Phonk.