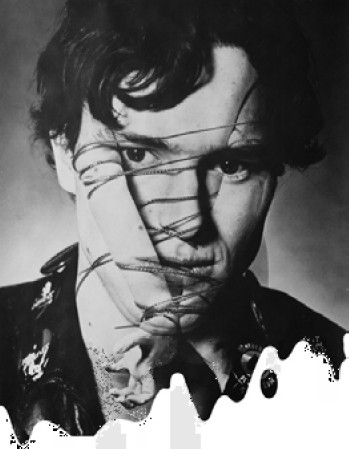 Without the rise of punk rock, Johnny Moped almost certainly wouldn't have enjoyed their brief fling with success. While the band Johnny Moped (it was also the name of their lead singer) started making noise in 1974, it was the initial explosion of U.K. punk that gave them a context where they made sense and attracted a loyal audience. Their rough-hewn, R&B-tinged rock & roll was traditionalist by punk standards (especially the occasional grandiose guitar figures from Slimy Toad), but Moped's passionate barking vocals and the eccentric bent of his lyrics were punk personified, like a fan who crashed the stage and revealed his own sort of oddball genius. Moped's day in the sun didn't last long, and the 1978 album Cycledelic was their definitive statement as well as the only album they made during their initial run. But after many years away from the stage and the studio, Moped and his mates made a comeback with 2017's It's a Real Cool Baby, revealing his songwriting and performing style had changed remarkably little after nearly four decades. Hailing from Croydon in South London, the Johnny Moped story began in 1974 when would-be Hells' Angel Paul Halford decided he wanted to be a rock star and changed his name to the more glamorous Johnny Moped. Gathering some like-minded friends and school mates -- including Ray Burns on guitar, Fred Berk (aka Colin Mills) on bass and keyboards, Dave Berk (aka Dave Batchelor) on drums, Xerxes (aka John Skinner) on sax and vocals, and Phil Burns (Ray's brother) on additional vocals -- the group went through a number of name changes between May 1974 and January 1975. They billed themselves as Johnny Moped and the 5 Arrogant Superstars, Assault and Buggery, the Commercial Band, The Black Witch Climax Blues Band, and Genetic Breakdown before finally settling on Johnny Moped, with a steady lineup of Johnny on vocals, Slimy Toad (aka Simon Fitzgerald) and Ray Burns on guitars, Fred Berk on bass, and Dave Berk on drums. By 1976, Ray Burns had dropped out, adopted the stage name Captain Sensible, and joined the Damned, and for a while Chrissie Hynde played guitar with Moped before she was asked to leave; she enjoyed a far more positive experience as the leader of the Pretenders. Initially, Johnny Moped had to settle for playing pretend gigs in someone's backyard and making lo-fi tapes that few outside their circle of friends would hear, but as London punk began to grow from a tiny cult into a legitimate movement, the band found a home in the new scene, especially as their friends the Damned became one of punk's first breakout acts. By 1977, Johnny Moped had made some of their homebrewed recordings available on cassette "bootlegs," and they were gigging regularly, appearing several times at the Roxy, the first London club dedicated strictly to punk. They shared a bill at the Roxy with Wire, the Buzzcocks, and X-Ray Spex in April 1977; a mobile truck recorded the show, and Moped's "Hard Lovin' Man" would appear on the live sampler Live at the Roxy WC2. Moped's star had risen enough that Chiswick Records, a label whose roster embraced a little bit of pub rock, metal, and punk, signed the band, and their first single, "No One" b/w "Incendiary Device," hit the streets in August 1977. In January 1978, the second Moped single arrived, and the A-Side, the witty "Darling, Let's Have Another Baby," was named Song of the Week by Britain's three weekly music papers -- New Musical Express, Melody Maker, and Sounds. By April 1978, the first Johnny Moped album, Cycledelic, had come out and the future seemed bright for the band. Despite their success, Johnny Moped was destined to be a short-lived band. Johnny's eccentricities made him somewhat undependable, and his wife and mother-in-law didn't care for the band or Johnny's music. After a while, it was hard to guess if Johnny would arrive for concerts or recording sessions, especially with his spouse actively preventing him from leaving the house, and while Cycledelic had become a modest success, it wasn't enough to keep the group from splintering. By the end of 1978, the band was done; Slimy Toad would form a solo project called Slime, Dave Berk sat in as the Damned's drummer when Rat Scabies was unavailable, and Johnny stepped away from music. The band staged occasional reunion shows, and in 1990 they brought out a second album, The Search for Xerxes; the classic Johnny Moped lineup appeared on the sessions with Captain Sensible sitting in, and the album was dominated by songs the group had written in the '70s but never recorded. In 1995, Chiswick brought out Basically Johnny Moped, a collection of highlights from their recordings for the label, and the rare cassette-only recordings were compiled on the 2007 album Bootlegs, Vols. 1 & 2. Interest in Johnny Moped got a boost in 2013 with the release of a documentary on the band, Basically, Johnny Moped, which was directed by Fred Burns (Captain Sensible's son) and received positive reviews in the U.K. press. In 2016, the British Damaged Goods label surprised Johnny Moped fans with a reunion album; It's a Real Cool Baby featured Johnny, Slimy Toad, and Dave Berk from the original lineup, joined by bassist Jacko Pistorious and rhythm guitarist Rock 'n' Roll Robot. The Mopeds were back in 2019 with another full-length effort, Lurrigate Your Mind; Marty Love was drummer for the project after Dave Berk dropped out. Damaged Goods also helped document the history of Johnny Moped with 2019's Live in Trafalgar Square 1983, taken from tapes of a mid-'80s reunion gig. The same year, another live album appeared, Getting Senseless in a Bootleg Liquor Joint: Live at the 100 Club 09.03.18, which showed off how the reunited edition of the group sounded in front of an audience. ~ Mark Deming, Rovi