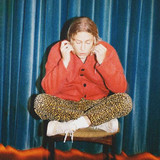 Swedish Grammy nominated singer-songwriter Brother Leo introduced himself with ‘Stranger On An Island’, a gold-plated banger produced by British dance music legend Fatboy Slim. The Brother Leo debut evoked praise from the likes of Hunger, MTV, Wonderland and NME who called it "a gorgeous, laid-back slice of pop magic”. Brother Leo inhabits his own world, an alternative reality where he effortlessly blends genres and styles into his own bittersweet pop poetry. He writes about his own life and experiences with vulnerability and a dark, sometimes provocative, humour. With his creative alt-pop flourishes mixing darker lyrics with colorful melodies, he possesses the ability to connect across the spectrum of the pop landscape. With just a handful of releases to his name, Brother Leo has already amassed millions of streams and become a hot tip amongst music champions, with Music Week announcing him as their ’Next Wave’ in 2020. Based between London and Stockholm, he has for the last couple of years been working on his debut album, which will feature production collaborations with Fred Gibson (Stormzy), Steve Mac (Ed Sheeran) and Björn Yttling (Lykke Li) among others. And now, after a couple of years of sporadic single releases, Brother Leo is finally ready with his debut album that will be presented through a string of singles in 2021 until the full length album drops in 2022.