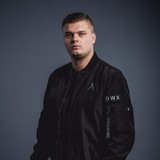 From the shadows to the light, a cutting-edge force has been awakened… Rising to become one of Raw Hardstyle’s most anticipated artists, WE R representative Sub Sonik has impacted the movement with his state-of-the-art collection of tunes. Striking out with his notorious remix of Darude’s “Sandstorm,” Sub Sonik is also famed for productions such as “Nightmare,” “Free Your Mind” and “No Fear,” which are included on his freshly-released album ‘Strike One.’ Showcasing his monstrous productions on Hardstyle’s most prestigious podiums, Sub Sonik ensures devastating performances that leave even the hardest of hearts absolutely shattered!