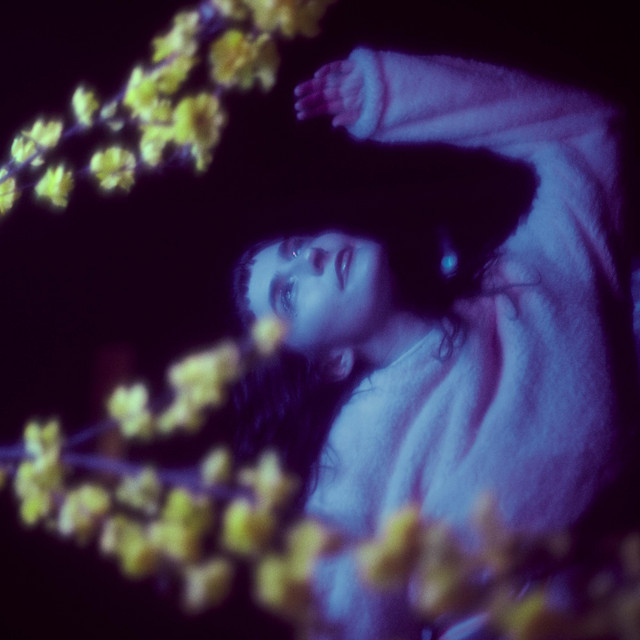 There's a make-believe, fairy tale surrealism that sets Winter's blend of dream pop and psychedelia apart while existing in the same universe as the ethereal dream pop of Cocteau Twins and Melody's Echo Chamber. Growing up in Curitiba, Brazil, her early life was steeped in the breezy melodies of Brazilian MPB and the swirling guitars of early 90's indie rock. Before moving to Los Angeles she immersed herself on a Song-A-Day project which resulted in her debut album Supreme Blue Dream. In Los Angeles she quickly building a cult following with a stream of bilingual releases including her follow up album Ethereality and the nostalgic collaboration with Triptides, Estrela Magica. On Endless Space (Between You & I), her forthcoming and debut LP for Bar/None Records, Winter presents her most realized vision yet, drawing inspiration from Broadcast and Radiohead for a glorious, 3-D journey into her world. Invigorated by a rediscovered bedroom demo, Winter built a fantasy dreamscape with the help of multi-instrumentalist Ian Gibbs, who engineered and co-produced the 11-tracks before passing them off to P.Jones (Toro y Moi, Washed Out) for fine tuning.

The resulting album is a masterclass in attention to detail - flickering guitars sputter in reverse, panning from left to right in perfect synch, while snippets of field recordings are delicately interspersed throughout. On Endless Space, Samira Winter has truly arrived, a technicolor daydream in aural form. Words by Nik Soelter