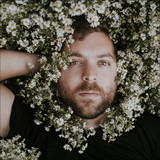 Bringing together an exceptionally compelling voice, powerfully memorable melodies and a true knack for crafting contemporary pop music, Australian singer/songwriter John Lingard is poised to make an indelible mark on the international music scene, starting with the release of a new EP in 2020. This as-yet-untitled project exemplifies the full flourishing of Lingard’s talent and experience, as he crafts music that has meaning and depth, yet which still possesses an uncanny pop sensibility both musically and rhythmically. It is a demonstration of John's commitment to his art, and his potential for success, as well as a vibrant new take on pop songwriting. The songs for the EP were created throughout much of 2018, and saw Lingard make two productive and inspiring trips to Nashville, where he met some important collaborators who helped bring his musical visions to fruition: songwriter/producer Ben Kramer (aka Old Sea Brigade) and producer Owen Lewis. They hit it off on his first foray to Music City USA in the summer of 2018, which generated the song Howling, and Lingard decided to go back to work on what would become the new EP in December.