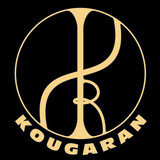 Kougaran began as a project between brothers Niko and Gino Puzio from Rochester Michigan just north of Detroit, in the summer of 2010. After deliberation of finding members, Kougaran added Bassist Dennis Selleck. With rock that sticks to it's roots but has a modern twist, Kougaran has a unique Rock sound. With a strong start, Kougaran has been building fans from all over the country from east to west coast. In the first few years, Kougaran has opened for World known rockers such as Autograph, Jake E. Lee's Red Dragon Cartel, Mike Tramp of White Lion, Cheap Thrill, Saving Abel, Jack Russell's Great White, and LA Guns, Buckcherry, Steven Adler of Guns n Roses, Steelheart, and many more to cut their rock and roll teeth. They have played in a few well known cities like Nashville, Philledelphia, and Chicago.

In the turn of 2018, Kougaran Signed a record label deal with RL Recordings, a independent label based in detroit partnered with MI5 and Universal Music Group. Kougaran took the time to continue to play premier club shows and record.