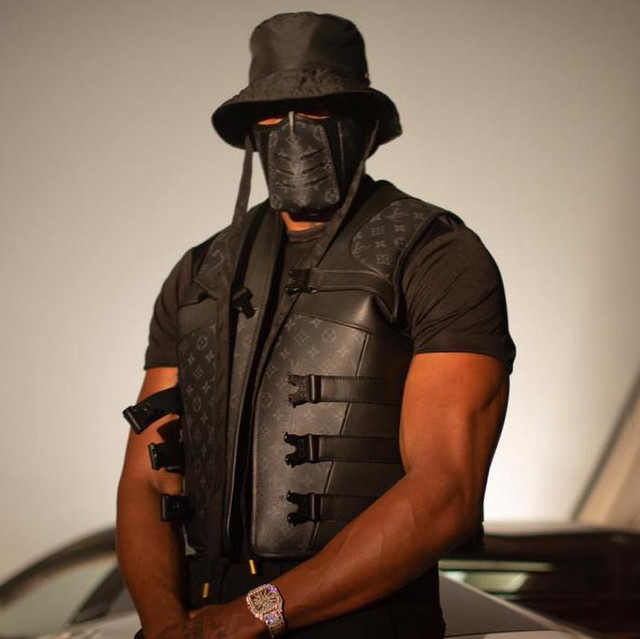 The first successful grime MC to hail from Manchester, Bugzy Malone emerged as one of the leading figures of the genre's resurgence during the 2010s. Naming 2Pac as his biggest influence, he is known for his rapid yet precise vocal delivery and aggressive rhymes about criminal activity, as well as more introspective lyrics about his emotional struggles. After making his name with several mixtapes during the early 2010s, he released three EPs and a full-length (2018's B. Inspired) that hit the Top Ten of the U.K. album chart, and issued several charting singles leading up to his second album, 2021's The Resurrection. Born Aaron Davis in 1990, Malone was surrounded by criminal activity and violence. After serving a prison sentence as a teenager, he took up boxing, and additionally began concentrating on his career as a rapper. He made his debut in 2010 with the Swaggaman mixtape, and Why So Serious followed in 2011, while Lost in Meanwhile City appeared in 2012. His "0161 Manny on the Map" T-shirts began to be spotted in 2014, a ramp-up year that featured the release of The Journal of an Evil Genius, a mixtape supported by six straight weeks of new video uploads. His 2015 appearance on BBC Radio 1Xtra's freestyle show Fire in the Booth received millions of views within the month it was uploaded, and kicked off a feud with fellow MC Chip, resulting in several response tracks over the next few years. Malone's Stereotyped mixtape landed before the official release Walk with Me appeared on the Grimey Limey label. The debut EP climbed into the Top Ten of the U.K. albums chart. Malone saw more success with his subsequent EPs; 2016's Facing Time once again dominated the U.K. Top Ten upon its release. That same year, Bugzy put out a trilogy of music videos titled Section 8(1), with each video intended to accompany one of three singles from the Facing Time EP: the title track, "Beauty and the Beast," and "I Suggest." The young MC's success became the ultimate catalyst for his burgeoning workflow, and his prolific output produced another release not long afterward with 2017's King of the North EP. The effort featured U.K. 2-step garage duo DJ Luck and MC Neat. The following year, Malone returned with his proper debut album, B. Inspired. Released on his own label, the album saw him working with the likes of producers Zdot and Diztortion on the tracks "Warning" and "Drama." The album reached number six and was certified silver. Malone was featured on tracks by Kojo Funds, Dizzee Rascal, and Chase & Status. In 2019, he appeared in Guy Ritchie's 2019 comedy The Gentlemen, and he hit the Top 40 of the U.K. singles chart with the songs "M.E.N II" and "Kilos" (featuring Aitch). In March 2020, he was seriously injured in a crash while riding a quad bike, which caused cerebral bleeding. He addressed the incident with his single "M.E.N III," which reached number 18. A few more singles appeared, including "Don't Cry" (with Dermot Kennedy) and "Notorious" (with former rival Chip), before second full-length The Resurrection arrived in 2021. ~ David Jeffries, Rovi