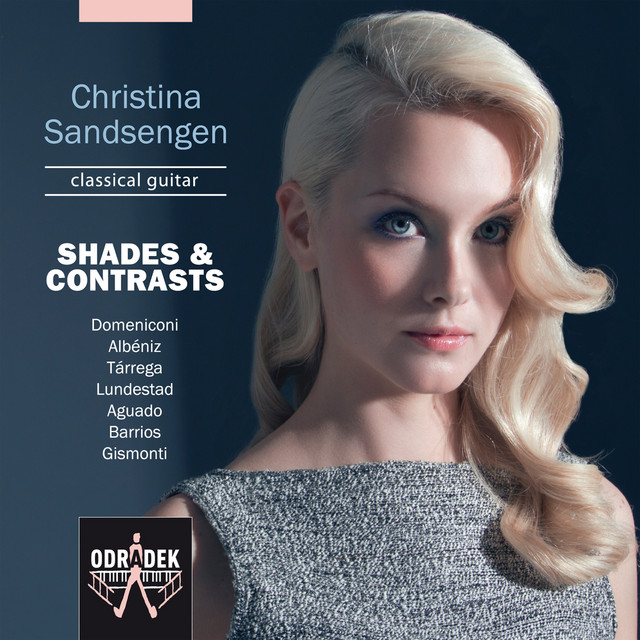 2014 she released her debut album, Shades & Contrasts, on Odradek Records. The album has received numerous outstanding reviews, from The Independent and Gramophone Magazine among others. She recorded Clair de Lune by Claude Debussy in legendary EastWest Studios in Los Angeles, and released it on RMN Classical. Christina is featured on Allegaeon's album Apoptosis where she duets with guitarist Greg Burgess on 'Colors of the Currents' and 'Concerto in Dm (BWV 1052)' by J.S Bach. Marius Noss Gundersen dedicated the suite Seasons to Christina, and she recorded it for his album ‘Solo Guitar Works’. In 2019 she received Akademia's prestigious and most honorable award, the "Executive Award" for her outstanding creativity, artistry and professional achievements in the field of music.