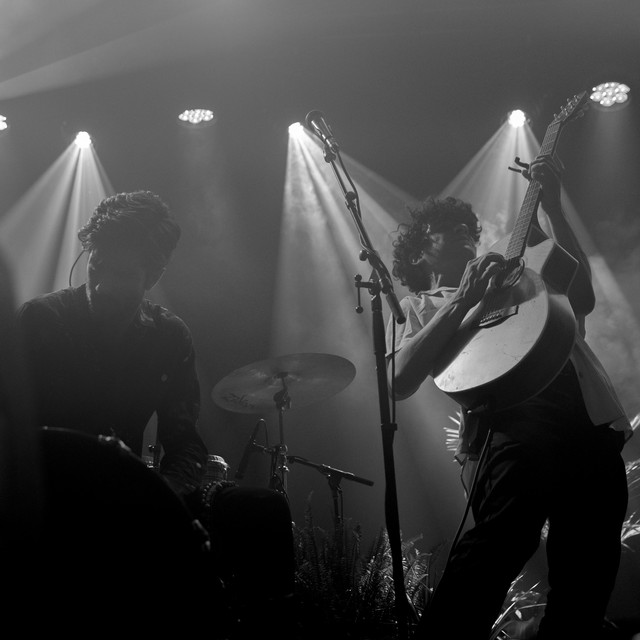 City of the Sun

Featuring City of the Sun

New York’s genre-bending trio City of the Sun have been breaking instrumental-rock norms since their inception in 2011. Made up of John Pita, Avi Snow and Zach Para. The band’s sound has an array of influences including indie rock, American folk, flamenco, and blues; it’s been called worldly, cinematic, a mix between Rodrigo y Gabriela and Explosions in the Sky. Having honed their signature sound as buskers in NYC, they gained wider attention playing TED Talk conferences and Sofar Sounds sessions across the US, and posting live videos from exotic locations around the world.   COS has since been established as a powerhouse group in the post-rock sphere. They’ve toured with Peter Bjorn & John, G.Love, STS9, and Thievery Corporation; were featured emerging artists at Billboard’s Hot 100, Firefly, and Bottle Rock Napa music festivals; and scored “The C Word” documentary soundtrack (directed by Meghan O’Hara and narrated by Morgan Freeman).   In 2016, City of the Sun released their first live album 'to the sun and all the cities in between,' debuting at #12 on the Billboard Jazz Albums chart. Lead track "Everything" hit #2 on Spotify's US Viral 50 chart and #5 on the Global Viral Chart; it has over 16 million streams to date on the platform.   After completing a European tour in 2017 the band released UNTITLED EP, with lead track “Perfect Instance” garnering over four million streams on Spotify in the EP's first month.