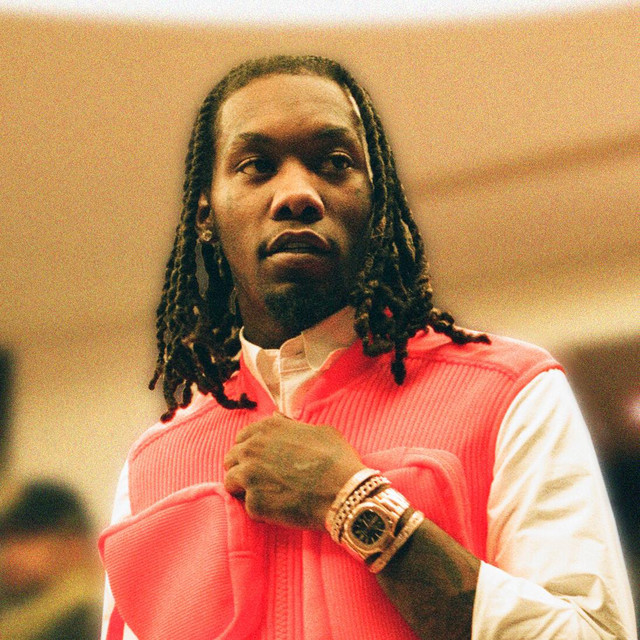 One-third of rap outfit Migos, Offset is a rapper whose speedy rhymes and love of interjections and clever wordplay made him a fan favorite as the trap trio ascended the hip-hop charts. After breaking through with Migos, he branched off as a solo artist, collaborating with multiple artists and reaching chart highs with Tyga ("Taste") and Kodak Black ("Zeze") in 2018. In early 2019, he issued his debut full-length, Father of 4. Born Kiari Kendrell Cephus in Lawrenceville, Georgia, he initially formed another collective called Polo Club in 2009. The following year, he formed Migos alongside Takeoff and his cousin Quavo. The trio broke out of the underground when their track "Versace," from the 2013 mixtape Young Rich N*ggas, became a widespread hit. Offset went on to release chart-topping studio albums with Migos, including 2017's Culture and its follow-up, Culture II. Without Warning, a collaboration with 21 Savage and Metro Boomin, appeared on Halloween of 2017 and immediately hit the Top Five of the Billboard 200 album chart. The set featured his triple-platinum hit "Ric Flair Drip." Around the same time, Offset married Cardi B in a private ceremony, though the up-and-down relationship of these two famous rappers was the topic of frequent public coverage. Following a slew of guest appearances -- including the multi-platinum Top Ten singles "Taste" with Tyga and "Zeze" with Kodak Black -- Offset issued the single "Red Room," which landed on his solo debut, Father of 4. The album debuted at number four in the top 200 Billboard charts and spent another week in the Top Ten. ~ Rob Wacey & Neil Z. Yeung, Rovi