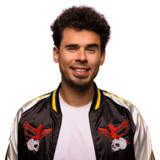 Nick van de Wall, aka Afrojack, is one of the most internationally successful DJs and producers to emerge from the Dutch dance music scene. A constant fixture of EDM festivals as well as the Top Ten of DJ Magazine's annual Top 100 DJs poll, he has scored platinum-certified international hits such as "Take Over Control" (featuring Eva Simons, 2010) and "The Spark" (featuring Spree Wilson, 2013), additionally co-writing or featuring on worldwide smashes by Beyoncé, David Guetta, and Pitbull. Originally producing more stripped-down electro-house instrumentals during the 2000s, his music became more ambitious and maximalist by the early 2010s, helping inspire the moombahton subgenre and gradually incorporating pop, hip-hop, and R&B influences. His proper debut studio album, 2014's Forget the World, included guest appearances by Snoop Dogg and Sting. Since then, he's maintained a prolific release schedule as both Afrojack and NLW, somewhat returning to his earlier, more underground sound with recordings such as 2018's Press Play. Born in Spijkenisse in 1988, van de Wall began playing the piano at age five, but after getting his hands on a copy of the music-sequencing program Fruity Loops, he started to play around with samples and create his own songs. After discovering the Rotterdam club scene, he began performing short DJ sets before traveling to the Mediterranean to hone his craft, playing at various clubs over a five-month period. Returning to his native Holland, he signed to the independent Digidance label and released his debut single, 2007's "In Your Face," before forming his own record company, Wall Recordings, scoring club hits with "Maybe" and "Drop Down (Do My Dance)." Following performances at dance festivals Tomorrowland and Sensation and a collaboration on David Guetta's One Love album ("Toyfriend"), Afrojack was invited to remix the likes of Madonna's "Revolver" and Lady Gaga's "Alejandro." In 2010, he teamed up with electro-pop vocalist Eva Simons on his first U.K. Top 40 hit, "Take Over Control," and also released a rarities album, Lost & Found, featuring nine previously unreleased tracks. In 2011, he collaborated with Miami rapper Pitbull for the hit single "Give Me Everything" and continued working with Guetta as well as the likes of Dimitri Vegas & Like Mike and Steve Aoki. A 2012 tour of America confirmed Afrojack's growing popularity, including dates at the Ultra Music Festival in Miami and Coachella in Indio, California, plus more than 40 other venues. Soon after, he announced a worldwide deal with Universal and Island/Def Jam, resulting in global chart success with the single "As Your Friend," featuring Chris Brown. Two more singles, "The Spark" (featuring Spree Wilson) and "Ten Feet Tall" (featuring Wrabel), preceded the release of his 2014 album, Forget the World, which also included guest features from Snoop Dogg, Sting, and Wiz Khalifa. Over the next few years, he stayed busy, collaborating with David Guetta on several tracks including "Hey Mama" and "Another Life," additionally recording with Martin Garrix, Ty Dolla $ign, Luis Fonsi, Sia, and others. Aside from his work as Afrojack, van de Wall began releasing less mainstream material as NLW in 2015. He also appeared in the Grammy-nominated Steve Aoki documentary I'll Sleep When I'm Dead, released in 2016. He issued Press Play, a club-focused effort featuring guest producers such as Brohug and Jewelz & Sparks, in 2018 on his own Wall Recordings. "Sober," featuring Rae Sremmurd and Stanaj, appeared in 2019. Afrojack collaborated with Fifth Harmony singer Ally Brooke on the 2020 single "All Night" and worked with Fedde Le Grand and MC Ambush on "1234." ~ Jon O'Brien