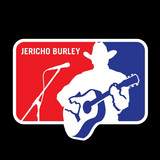 Jericho Burley, AKA The Texas Gringo is a small town Texas boy who loves God, loves his daughter, loves pretty much everyone and has a heart about as big as the State of Texas. The TCMA Texas Country Music Association Member, burst onto the Music scene in summer of 2017 with a authentic neotraditional Texas Gringo sound very similar to his Cousin The King - George Strait and a flare of Robert Earl Keen in his writing establishing a strong connection with his and their loyal fans through Texas and beyond. Jerichos sets have graced the stages of Texas staples such as Love and War in Plano, TX, Fire House Saloon in Houston and a crowd of around 8,000 at Gallery Furniture after Hurricane Harvey left many Texans homeless and evacuees. Jericho's 1st EP, The Texas Gringo, produced engineered by Multi Grammy Award winners Kevin Hare and mastered by Tony Diagle dropped June of 2018 and Country fans quickly validated Jericho with (4) hit songs on in Top 40, Top 50 Top 60 and Top 75 on the Texas Country Music charts after which lead Jericho in becoming the 2019 Rising Star Award Winner and signing with his first Label. The Devil’s Cut (#49) Highway to A Country Song (#65) HonkyTonk Jail (#74) Mr. DJ (#71) His fans say: It’s hard to distinguish between Jericho's voice and King George's voice. Jericho simply has the IT Factor, like George Strait. Jericho entertains you with wit, his neotraditional sound and trademark tilted grin that says he’s upto his Texas Gringo ways or Tacos.