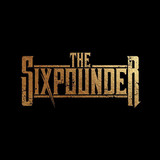 The Sixpounder - polish groove / melodic metal band from Wroclaw founded in 2006. For two years, the band's founders - Paweł Ostrowski and Filip Sałapa composed the material and sought out the right musicians. In 2008, once all the band members joined, the band started to perform live shows. In addition to performances on such large festivals as Wacken Open Air or Przystanek Woodstock, the band has toured with such bands as Vader and Acid Drinkers, shared the scene with Behemoth, Decapitated, Soilwork or Parkway Drive and played directly in front of Motörhead. Sałapa and Ostrowski conducted a musical flash on the largest Polish portal Onet.pl, played live acoustically in the broadcast of Michał Prokopowicz on Antyradio, and their music is played even in such a classic radio station as Radio Zet GOLD and in the popular German Metal Only. Thanks to the participation of Sałapa in The Voice of Poland, Universal Music Group decided to release Going To Hell? Permission Granted! (2011). In 2014, the band got to the final episode of the 7th edition of Must Be the Music. On January 5, 2018, the movie "Gotowi Na Wszystko - Exterminator" enters the cinemas, to which the band composed three pieces ("Time to kill", "It's Time To Kill" and "Figure It Out"). The song "Time to kill" is the theme song of the entire film.