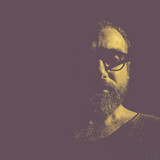 Panùm, from Riccione, lives in the artistically challenging city of Bologna since he is studying engineering at the university because of a passion for the audio-musical software. Panùm has been influenced by the Notwists electro post-rock up to the techno-minimal of Twerk and his techno-minimal is full of a genuine noisy style. At the moment he is involved in several projects that often bring him to Italys capitol, Rome, where hes collaborating with the brand new electronic music label Beatperminute. Looking constantly for new techniques, Panùm gets inspired by the minimal germanic sound. His minimal IDM, tells about futuristic and alienating trips, evoking the typical atmospheres of clubs in Berlin. After the cd Ghora released for Beatperminute, Panùm comes out with his second act: Puda, a techno ep for the new born netlabel Homework Records. Panùm has been playing through several events, like Homework Festival (Bologna),Murato (Radio Città del Capo Bologna), Flippaut Festival (Bologna), Street Rave Parade (Bologna) and purposed his lives and dj sets at Cassero (Bologna), Tpo (Bologna), Star City (Bologna), Barcone (Rome),SeOne (London),Enjoy (Naple). Panùm has even participated as a guest to the Blue Room project at Rialto SantAmbrogio (Rome) and as opener dj for the dj set of Darren Price (official Underworld dj). He djs every two weeks at Sesto Senso (Bologna) purposing a constantly updated selection of made in Germany music.