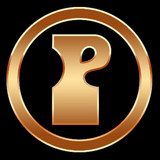 Originally known as Grupo Pesado, the norteño group Pesado was founded by frontman/accordionist Beto Zapata and Pepe Elizondo (bajo sexto, vocals) in 1993 in Nuevo Leon, Mexico. They debuted with the album Ayudame a Olvidar, released by MCM. Llego el Amor followed in 1994, soon achieving gold status. The following year, they scored a major hit with "Eso Me Gusta." In 1997, original bass player Rodolfo Gajardo was replaced by Juan Antonio Pequeño. A new lineup change occurred in 1999 when ex-Grupo Límite drummer Luis Mario Garza took Mario Padilla's place. By the time of their seventh LP, 1999's A Tu Encuentro, Pesado had signed to the new WeaMEX imprint, which would issue a series of greatest-hits albums for the group at the turn of the millennium. Todo Tuyo was issued in early 2001 and marked the first time Pesado entered the charts. Several more albums followed (as their discography continued selling to gold and platinum status) before Pesado issued 2006's Piensame un Momento, which continued their streak and earned the group a Grammy nomination for Best Norteño Album. They struck again quickly with Gracias por Tu Amor, a controversial album that challenged physical abuse and the traditional notions of male machismo in Latin America. The album and its title track single were the subject of hot discussion on radio and television talk shows, but they only served to grow sales and airplay. Pesado had another "thank you" on tap for 2008. As a celebration of their own 15th anniversary, they released Corridos: Defendiendo el Honor, a collection of classic corrido covers by artists such as Los Cadetes de Linares, Ramón Ayala, and Los Tigres del Norte. They followed it a few months later with a collection of new songs titled Sólo Contigo. A second corrido tribute date, Desde la Cantina, Vol. 1, was recorded at Pico's Bar in Nuevo Leon and released in 2010. In rowdy fashion, it celebrated the historic songs of artists from the '40s including Eliseo Robles, Lupe Tijerina de Los Cadetes de Linares, Don Cesareo Sánchez, and Los Cardenales de Nuevo León. In 2011, Pesado delivered the studio album Una Historia para Siempre. Its single, "Mientras Dormías," referenced Zapata's then-recent marriage. Its romantic theme played well to fans, pushing it up the charts. They followed with a tour, but re-entered the studio quickly. Mi Promesa was issued less than a year later. It included three charting singles in the title track, "Que Bonito Es el Amor," and "Le Creí," and it proved one of the most romantic albums in the band's history. In January of 2013, Pesado released the single "Mi Primer Amor." Written by Zapata, it was dedicated to mothers. The video proved especially popular. Rather than issue an album immediately, Pesado had other plans. The single "Cuando Estas de Buenas" dropped in August, followed by "Por Ti" in September. These proved to be precursors to the band's celebration of its 20th anniversary at the Arena Monterrey. They also issued a pair of retrospective concert albums to mark that occasion: Directo 93-13, Vol. 1 & Vol. 2. The retrospective recordings featured guest appearances by Mariachi San Luis, Celso Piña, and Los Tigres del Norte's Raul Hernandez. Four pre-release singles were released in early 2015 and built up public demand: "Que Aún Te Amo" appeared in January while "Te Quiero, Te Adoro" and "Pude Olvidarte" hit the airwaves in March. The charts could hardly keep up. In April, the title track of Abrázame was issued as a fifth single on the same day as the album's release. They had four tracks on the airplay charts simultaneously. The radio and video play the singles received kept the album in front of the public for the rest of the year. As their tradition dictated, Pesado followed its album of originals with another tribute; this one differed from the rest in that it was dedicated to the work of a single historic force in norteño music: Tributo a los Alegres de Terán was released by Disa in February of 2016 and peaked at number two on the Mexican Regional Albums chart. At the end of September, they issued the pre-release single "Me Estorbas"; it peaked at number seven on the Regional Mexican Airplay chart. In an interview, Zapata announced that the full-length Los Angeles Existen was set for a summer 2017 release, prefaced by its title track as a second pre-release single that peaked at 17 at Regional Mexican Airplay and spent 20 weeks on the chart. A label change to Remex Music and intense touring commitments delayed release. In October, "Yo No Tengo Remedio" was issued as a third single and reached number ten at Regional Mexican Airplay. Pesado and Remex finally issued Los Angeles Existen in April of 2018. In addition to its singles, it included ten more songs penned by Zapata, Elizondo, Elías Medina, and Felipe. ~ Thom Jurek & Jason Ankeny, Rovi