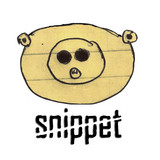 Snippet (aka Johnno Casson) is a Hackney born, Colchester based music artist who creates delightfully wonky pop songs for your ears & hearts.​ He honed his craft and toured extensively as the lead singer of various bands before hooking up with trip hop pioneers Deep Joy, working with the likes of Andrew Weatherall (Primal Scream), James Lavelle (Mo’ Wax/UNKLE), Adrian Sherwood (On-U-Sound) and David Harrow (James Hardway). He has been releasing music under a variety of different names including his own, Snippet , Old Tramp, Walken400 and 3 Potato 4. ​Johnno is the founder/producer of the community arts, music & history project The Warm and Toasty Club - holding weekly Memory Afternoons at retirement venues to make older folk feel cherished. He has released nine albums & six EP’s which have attracted a world wide following and picked up great radio support from the likes of Radio 1, BBC 6 Music, Amazing and an array of wonderful national and international radio stations, his song ‘We Luv The Sunshine’ features on the soundtrack to ace movie The Space Between. ​Snippet was named by Tom Robinson as the most played artist on his BBC Introducing show on BBC 6 Music. ​Now a well-established and respected member of the DIY indie music scene in the UK Johnno continues to ride against the grain and yet somehow always comes up smelling of roses.