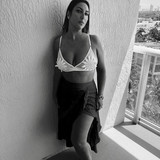 From #2 in the emerging200 charts to #1 on Billboard. Icielani makes waves starting with her demo, album single ‘Your Into Me’ off her 1st self-titled album 'Daydreams are Reality' was #2 on the emerging200 artists charts and on the charts for 7 consecutive weeks on the upcoming100 charts in June 2017 and remained in charts for over 30 weeks. Single 'So Nice' from the 2nd self-titled EP 'Freedom Life' that featured on the compilation album ‘Tropical House Cruises to Jamaica’ that reached #1 on Billboard. Following the featured ‘So Nice’ bonus track it made Billboard's 2018 #7 year end Reggae album & compilation albums earning it a collector’s item and earned Icielani’s first Billboard award. ‘So Nice' also sold out in one day at Walmart.com from the 50/50 album, a tribute feature where the proceeds help stop the spread of Covid-19. First Christmas single 'Bright Star" hit #31 on the iTop iTunes chart earning her first iTunes award. Self-titled EP Tropical Ambiente hit the top 200 Amazon music charts earning her first Amazon music award and first music award as an independent artist. Learn more at icielani.com