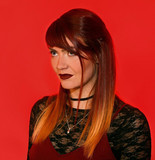 "Fantastic, like a female Royal Blood! Stupendous... if you get a chance to see them - GO!" - Mark Radcliffe, BBC ... REWS is the fierce, high energy, alternative pop / rock band lead by Northern Irish songwriter Shauna Tohill. To coincide with the release of the sophomore album ‘Warriors’ this August, the band will release ‘Today We’re Warriors’ on 17 July. The single is REWS’ call to arms to unite, stand up, be strong and take life’s challenges head on using music as our binding force… it is a perfect sentiment in this time and highlights what this new album is all about! REWS are building on the success of debut album ‘Pyro’ which saw them perform at Glastonbury Festival, Isle of Wight Festival, Boardmasters and Marshall Live as well as extensive touring across the UK and Europe including a support tours with Halestorm and The Darkness as well as appearances at Mad Cool Festival, Camden Rocks and Eurosonic. Amassing over 7 million streams with support from BBC Radio 1, Kerrang! Radio, Radio X and a nomination for Planet Rock Magazines ‘Best New Band’, REWS performed at the 2018 ‘She Rocks’ Awards in Los Angeles and debuted their live show at rock club ‘Berlin’ in New York. REWS new album Warriors is out (AUGUST 7th) on translucent red vinyl, CD and digital via Marshall Records and will continue to push boundaries and change the world online until gigs are back in action.