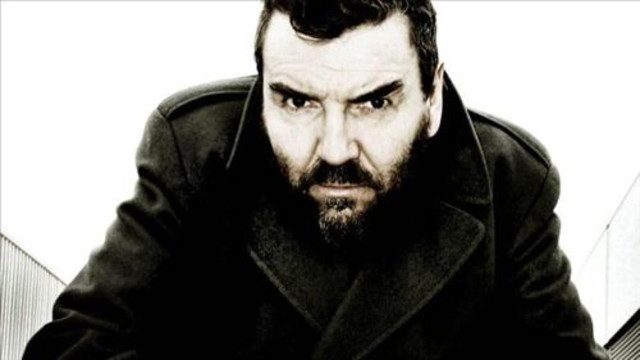 One of Finland's most well-known and loved rock stars, Kauko Röyhkä (born Jukka-Pekka Välimaa on February 12, 1959, in Valkeakoski, Finland) began his recording career in the very early '80s and would -- over the years -- release more than 20 albums, 13 collections, and a large number of written works, including ten novels and a number of columns in music magazines and newspapers. Known in his native Finland as a somewhat "provocative" artist, Röyhkä originally set out to be an author, but his unique brand of rock & roll -- reflecting his inability to play like his idols -- took root in his homeland, and Röyhkä released his debut album, the first of many, in 1980. Entitled Steppaillen, the album saw release around the same time as Röyhkä's first novel, Tien Iaidalla Waterloo. For the first ten years or so of his musical career, Röyhkä was backed up by the band Narttu, and also participated in a side project called 500 Kg Iihaa. During the '90s, Röyhkä consolidated his status, releasing four collections of his recorded work and a trio of novels. In 2008, Röyhkä released album number 23, Kauko Röyhkä & Riku Mattila, on Ranka Records. In addition to his novel writing, Röyhkä began exploring the fine art of nonfiction writing, penning a biography of Finnish porn star Henry Saari and a book on the Velvet Underground, which appeared in 2007. ~ Chris True, Rovi