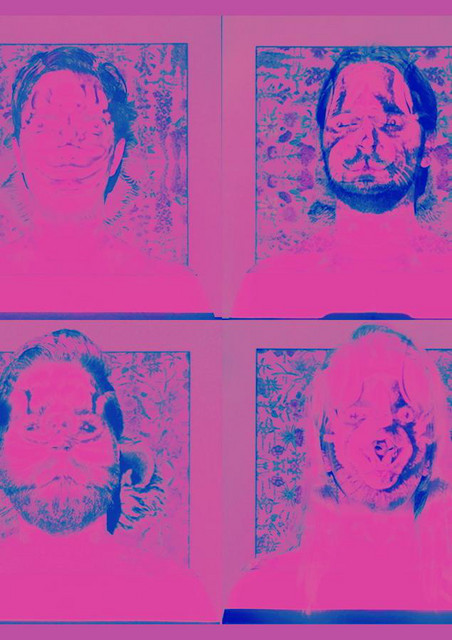 Fantastic Mammals (absurdus mammalis) are bipedal, semi-nomadic hominids who originate from the central part of North America. Highly socialized by nature, these curious creatures are most notable for their distinctive fur patterns and ability to communicate via song using crude instruments and guttural vocalizations. Fantastic Mammals arose from ex-Real Estate Fight members shifting their sensibilities from alt-rock to embrace a more vulnerable post-punk sound with straightforward pop-punk, emo, and indie rock moments along the way. Their 3rd era album "Fantastic Mammals (And Where To Find Them)" is their first released on Camp Hopeless. FM(AWTFT) sways between self doubt and acceptance in a raw and manic way, heralding the mid-90's Emo revival movement. Recorded at Electrical Audio and MinBal in Chicago, IL; the stripped-down presentation and live-tracked outing was mixed by Sam Pura (The Story So Far, Basement) at Panda Studios CA. The results let the Mammals howl in the light before dark. Even at its' most optimistic pop-punk moments, there is something urgent and painfully honest bubbling just under the surface until the records' very last breath. - Camp Hopeless